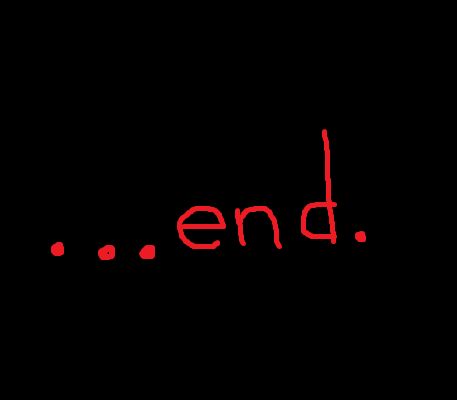 So yeah, this blog is done. It’s been over a year since my last update. Let’s stop kidding ourselves.

I guess it’s pointless to point this out now, since most folks that read my stuff have assumed as much by now and moved on. But I think there are still a few lil buds who subscribe to this RSS feed and are waiting patiently for more reviews. Maybe one or two people.

So to them I say: you won’t get them. Not here. But I am still writing them! I keep my Tumblr updated almost daily with capsule reviews mixed in with longer reviews and in-depth posts on stuff I care about. My big project right now is Digital Get Down, a teen pop review blog I started earlier this year. I still love writing about music and plan on doing it for a good long time.

I am writing a “farewell” post only because this is a blog I maintained for almost 6 years, a blog that used to be the only place I felt comfortable saying how I really felt about stuff, a blog that sparked my interest in music writing as a young little 18-year-old man. I wrote lots of garbage over the span of 5 years, garbage that I intend to keep up here forever and ever cuz I like reading it and cringing. Lots of embarrassing overhype and swear words and insulting bands I’d never heard. 5 years of me figuring out how to write about music, stumbling and scraping and puking all over myself and occasionally doing OK.

It was fun. I will miss it.

Before I close up shop forever, I would like to give you an impression of where my head is at right now. About all this music writing business. Because I am going through a heavy “I have no idea what the heck I am doing” phase that I am struggling to fight my way out of and I need some time to make sense of it. This seems like a decent place to try.

The process was simple. I listened to music, music slinked into my heart & filled it with A-grade love, and that love made writings come out. 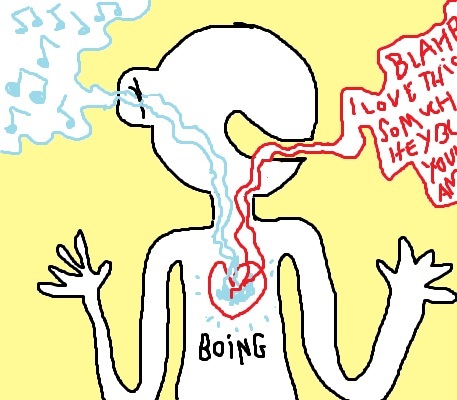 Music love fueled me and I wanted to let it out any which way I could, to share it with as many folks as possible, to make people feel the same love I was feeling. This, to me, was what music writing was.

I was cool with this for a while.

Edit: I was REAL cool with this for like five years??

Edit: I was so SO cool with this that during those five years music reviews were all I could write with any degree of confidence and enjoyment. So that was all I would write. Nothing else.

But y’know. After a while the doubts started creeping in. The self-conscious no-good badfeels.

Those voices. “You’re not a real writer. You’re just a music writer. If those R.E.M. albums didn’t exist what would you be? Nothing. You would be nothing.”

“You’re piggybacking off other peoples’ talent. People more talented than you. You don’t have an original thought. You’re a cipher. A leech.” 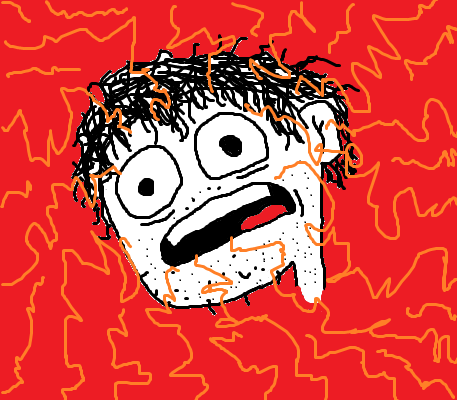 I had two options. Kill the music and live life as a loveless husk, or kill the writing and let the music love build up in my heart and never ever let it out. Ever.

The choice was clear.

I killed the writing.

And so I became a nothing. A zero-sum music sucker. A sad hermit sponge too afraid or depressed or lazy to write anything, to let anything out. 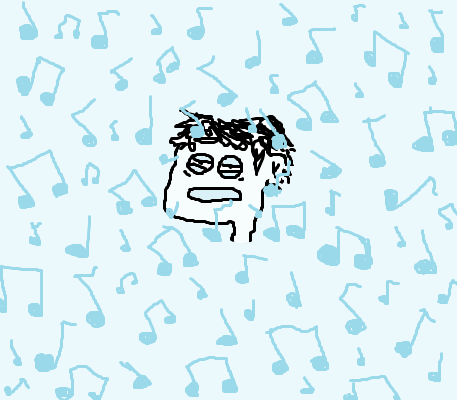 This lasted for… well, too long. Way too long. Until the beginning of this year, I was barely writing anything. And I was unhappy. I was letting the love build up inside of me and giving it nowhere to go. It hurt. It was a worthless time. It was nothing but bad.

But it’s ok! I am doing better now. Things are better.

But I’m still worried. Worried that those negative apathetic badfeels could screw things up again, that even the slightest unenthusiastic reaction to something I write could send me running back into my cocoon. This is a worry that I am still fighting down, as much as I hate to admit it.

I am still learning. I am learning that feeling love for a thing without expressing it & letting it out to the world is bunk. That second guessing your love, letting dumb weird brain voices make you feel like a silly idiot & stop you from shooting that love at other people – that is only going to hurt you. Hurt you deep. That hey, you might not be alive for much longer so you’ve gotta get this shit out and let people know you care about something before it is too late. That’s all that matters.

I am not over this yet. Not by a long shot. But as long as I keep loving this thing, I am going to keep fighting as hard as I can to let you know about it. That is all I can do.

That’s all, folks. Thanks for reading. If you requested an album review here at some point there is a pretty OK chance I’ll end up reviewing it on my Tumblr, so keep an eye on that thing. Until then, I love you.